In an announcement Wednesday, Flair said it was on a mission to “deliver affordable air travel that connects them to the people and experiences they love.”

The airline is expected to grow by 50% by summer 2023 and will serve more than 35 cities in Canada, the United States and Mexico. As such, Flair boasts some pretty stellar domestic and international offerings from Canada for the 2023 summer season.

As part of Wednesday’s announcement, the airline says its 2023 schedule will increase the number of seats on sale by 35% with more new routes to be announced in the coming months, bringing 50% growth for the summer.

As part of its growth, Flair also announced that it has expanded its fleet of Boeing 737 aircraft.

“We are anticipating another busy summer next year and have significantly increased our capacity to meet the increased demand,” said Garth Lund, Commercial Director, Flair Airlines. “Welcoming seven additional aircraft to our fleet allows us to increase frequencies on our busiest routes, giving passengers more options. As we expand our fleet, we are also excited to expand our team across the country as the largest low-cost airline in Canada.

Permission to get excited? Shell yes! 🐚

Our 2023 summer schedule is now available! This means you can book ahead and secure your flights until next year. Visit https://t.co/zR6h5gainK to find out when and where we are flying in the summer of 2023. pic.twitter.com/UKIMstug7b

The seven new aircraft will be based at Flair’s Canadian bases. These planes will create approximately 350 jobs at Flair bases across the country, including pilots, flight attendants, ground handling crews, and more.

Some flight offers in Canada are as follows:

Some flight offers to the United States are as follows: 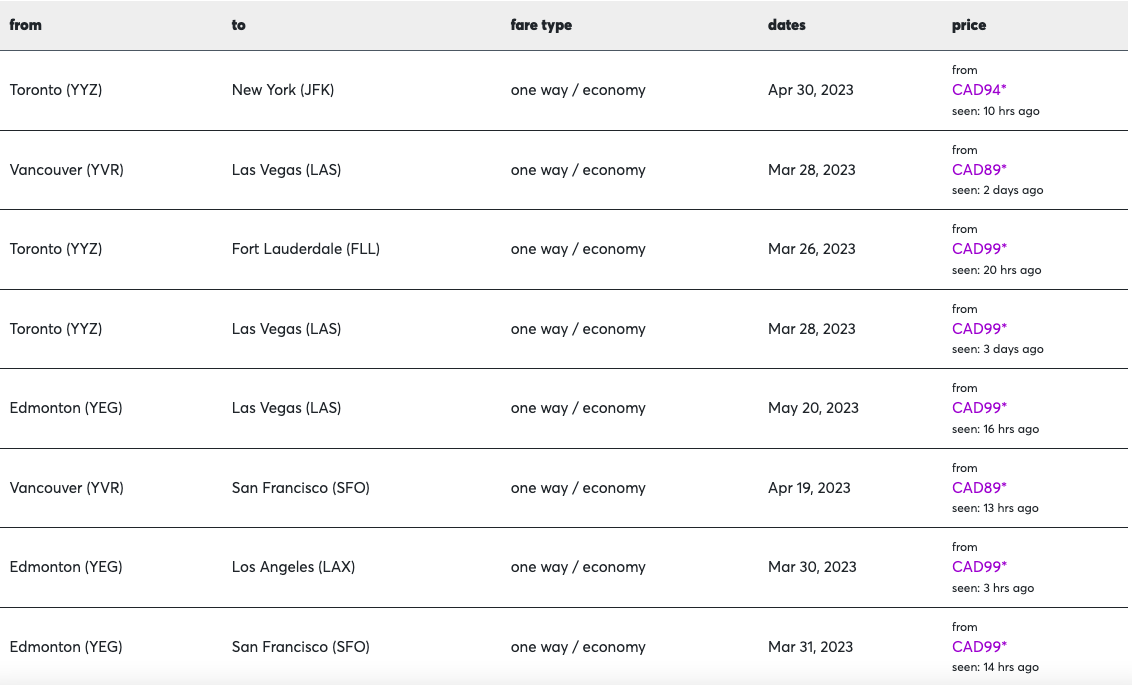 Some flight offers to Mexico are as follows:

Flair’s Summer timetable 2023 includes over 70 routes with fares starting at just $19. Visit the website to discover exciting offers for yourself.